This Parlor size guitar may have been made in France before 1900. The spider web rosette complete with the spider is extremely well crafted and thoroughly charming.

This German guitar has a profound history having escaping Germany in World War II. The unusual purfling around the soundhole required great skill. Along with resetting the neck and repairing some cracks the handlebar mustache bridge was missing one end. I fashioned one to match.

Here is the famous Red Sox Guitar born after the Sox won the '04 world series. The instrument was built by Harvey Leach.  " The headstock features Manny Ramirez as Kokopelli with his dreadlocks flying. The fingerboard features the Yankees logo slowly being eclipsed by the Red Sox logo (There was a lunar eclipse the night of Game 7 of the series.) The soundhole is diamond shaped, with the teams that were in the playoffs represented on the bases: the Yankees, Houston Astros, and St. Louis Cardinals. The top wood itself is recovered redwood from wine barrels made in 1918 (the last year the Red Sox had won the World Series before 2004) for the Sebastiani winery. The trim is blood wood which is meant to symbolize the long-suffering Red Sox fans. " The owner, a dear friend , brought the guitar in for a cleaning and setup with new strings. It was then sold for more than $30,000.

I was honored to have this magnificent ’59 Manuel Velasquez visit the shop.

This Sitar made in Calcutta displays astounding craftsmanship, intricate carvings and inlay. 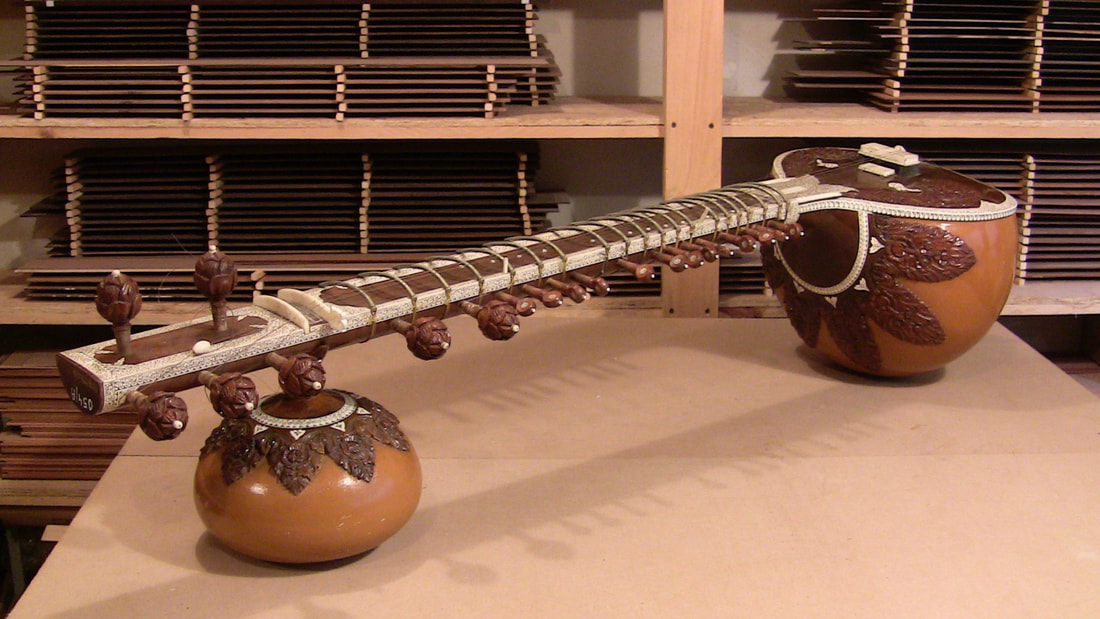 This Syrian oud introduced me to a stand up comedian with an extraordinary story to tell. His experience surviving
a stroke that left him partially paralyzed is profoundly presented in his return to the comedy stage.
To see a YouTube video of his brilliant performance  click here

This wonderful instrument is a 1933 Gibson L50. It has a carved top and  is one of the most beautiful guitars that ever graced the shop. It’s present caretaker is Scott Ainslie, a great musician, humanitarian, historian, teacher. philosopher, storyteller, and authority on the music of Robert Johnson.  http://cattailmusic.com/  More on Scott and the Gibson L50 on the Letters Page 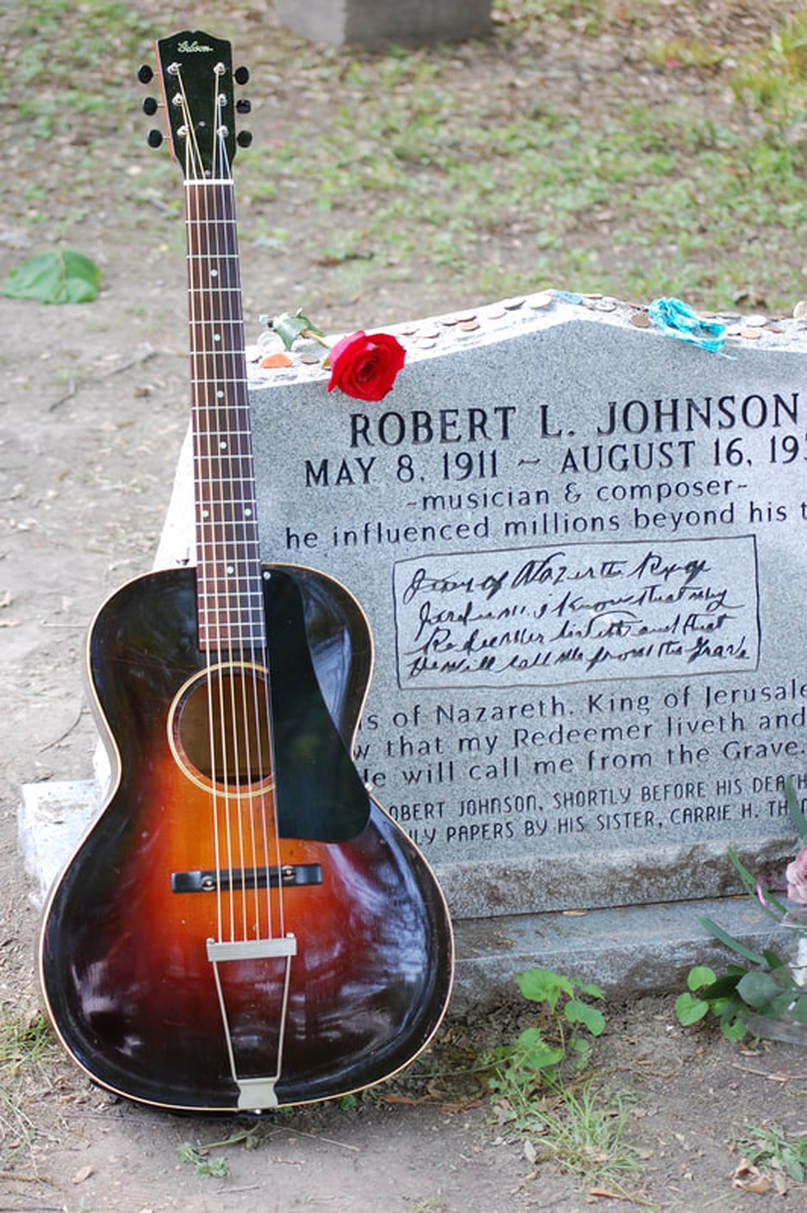 This unique 12 string instrument is either proof of extra terrestrial craftsmanship or the result of some guitarmaker's voyage into inner space.The bubble-like hollow body and neck is entirely made of brass, cut, pierced, bent, shaped and finally embossed with a figure of a goddess appearing to gaze at something - a mirror, a conch shell? It's the most extraordinary instrument I've ever seen.
next page